In his article, “The Top Ten Money Excuses,” Dimensional Funds Vice President Jim Parker suggests that we often deceive ourselves when it comes to our own money. How can this happen, one might ask? It can happen by constructing a façade of logical-sounding arguments that can often lead to decisions that are counter to our own long-term interests. Read on to learn about those top ten arguments and excuses along with how to avoid them.

Human beings have an astounding facility for self-deception when it comes to our own money.
We tend to rationalize our own fears. So instead of just recognizing how we feel and reflecting on the thoughts that creates, we cut out the middle man and construct the façade of a logical-sounding argument over a vague feeling.

These arguments are often elaborate, short-term excuses that we use to justify behavior that runs counter to our own long-term interests.

Here are ten of these excuses
1) "I just want to wait till things become clearer." It's understandable to feel unnerved by volatile markets. But waiting for volatility to "clear" before investing often results in missing the return that can accompany the risk.

2) "I just can't take the risk anymore."
By focusing exclusively on the risk of losing money and paying a premium for safety, we can end up with insufficient funds for retirement. Avoiding risk can also mean missing an upside.

3) "I want to live today. Tomorrow can look after itself."
Often used to justify a reckless purchase, it's not either-or. You can live today and mind your savings. You just need to keep to your budget.

4) "I don't care about capital gain. I just need the income."
Income is fine. But making income your sole focus can lead you down a dangerous road. Just ask anyone who recently invested in collateralized debt obligations.

5) "I want to get some of those losses back."
It's human nature to be emotionally attached to past bets, even losing ones. But, as the song says, you have to know when to fold 'em.

6) "But this stock/fund/strategy has been good to me."
We all have a tendency to hold on to winners too long. But without disciplined rebalancing, your portfolio can end up carrying much more risk than you bargained for.

7) "But the newspaper said…"
Investing by the headlines is like dressing based on yesterday's weather report. The news might be accurate, but the market usually has reacted already and moved on to worrying about something else.

8) "The guy at the bar/my uncle/my boss told me…"
The world is full of experts, many who recycle stuff they've heard elsewhere. But even if their tips are right, this kind of advice rarely takes your circumstances into account.

10) "I'm too busy to think about this."
We often try to control things we can't change—like market and media noise—and neglect areas where our actions can make a difference—like the costs of investments. That's worth the effort.

Given how easy it is to pull the wool over our own eyes, it can pay to seek independent advice from someone who understands your needs and circumstances and who holds you to the promises you made to yourself in your most lucid moments.

Call it the "no more excuses" strategy

2012: The Year It Didn't Happen
Portfolio Advisors' On-line Tools for Your Financi...

Wednesday, November 18 2020 Elections Matter … But Your Life Transitions Are More Important
Thursday, October 22 2020 How Much Impact Does the President Have on Stocks?
Monday, June 29 2020 New Tool Focuses on Return on Life Score
Monday, June 29 2020 When It's Value vs. Growth, History Is On Value's Side
Thursday, April 09 2020 Stock Market Volatility & The Cost of Trying to Time the Market 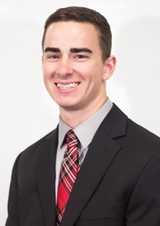